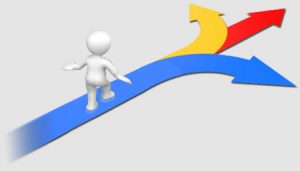 “I am not what has happened to me, I am what I choose to become.” Carl Jung

Reading and my passion for books have always played a significant role throughout my life. As a child I would literally read anything I could get my hands on, enjoying the temporary escapism into fantasy worlds that works of fiction by such authors as C.S.Lewis, Enid Blyton, Anthony Buckeridge and Lewis Carol provided me. As a lonely, unhappy child these were precious gifts indeed, and I’m not exaggerating when I say that I genuinely do believe to this day, that these stories quite literally saved my life, during difficult times when I needed them most.

As an adult, my love for fiction has certainly continued, although it was my discovery of works of non-fiction in my mid-twenties that was to affect me so profoundly, and greatly inform my meaning in life and choice of career.

Books about philosophy, religion, mysticism and psychology captured my attention the most, and looking back, it’s clear to me that I was psychologically and spiritually lost during that time in my life, and searching for something, anything that would make sense to me, or give me answers. The truth is though, that at that point I didn’t even know who I was, what I needed or where I was going.  It was almost as if I was on some sort of ‘auto-pilot’, as I was drawn to reading anything that might provide me with some sort of direction, meaning or understanding about myself or the human condition. It was at this point that I discovered the works of Carl Jung (1875 – 1961), a Swiss psychiatrist and psychoanalyst who was in my opinion a true visionary, and quite literally living so ahead of his time that the rest of the world didn’t catch up with his ideas until after his death. Here was a man who devoted his life and career to studying the human condition, who’s powerful influence continues to affect and inform modern psychology to this day. However, it was Jung’s interest in the darker sides of human nature that I was so passionately interested in, and felt such a profound connection with. You see Jung was fascinated with those aspects of ourselves that we try to hide from the rest of the world, and even ourselves. He coined the term The Shadow to describe the things “no one has a wish to be”, consisting of our morally inferior wishes, motives, resentments. Those aspects of ourselves that we may feel ashamed of, or disgusted with, and are often not always even fully conscious or within our awareness, yet still cause us major problems.

Jung devoted a significant amount of his life’s work to exploring and trying to understand these dark parts of us, and it was this theme that initially attracted me to his work, and resonated with me on a deeply felt level. Here was a man who clearly understood what it was like to struggle with internal conflict, guilt and shame, and this made me feel less of an outsider, and less alone. Jung believed that it is only by acknowledging and ultimately accepting our shadows existence, that we can ever truly reach our full potential, and be our ‘true self’. He believed that reintegrating fragmented aspects of ‘self’ such as the shadow was necessary for life fulfilment, and that psychotherapy could assist with this process with the relationship between client and therapist representing a vessel to use to explore and investigate our difficulties and inner pain on the road to self-discovery.

This was when the initial seeds of an idea of what I might like to do with my life began to form in my mind. The idea of working with people who are struggling with life, lost, confused or in emotional pain both appealed and made sense to me, and for the first time in my life I began to conceptualise a future for myself…a purpose. For the first time in my life I had an idea of what I wanted to do, and more importantly, what I ‘believed’ I could do. Unfortunately I couldn’t afford to train in Jungian Psychoanalysis, but his work has and continues to influence my essence as a human being and a man, and undoubtedly influences my own work and relationships with clients.

I am privileged to be invited to share aspects of client’s life journeys with them for a time, which often involves their sharing some of their most painful and vulnerable parts of themselves, and I have nothing but the utmost respect and admiration for everyone who does so. I believe in therapy, and its potential for co-creating a relationship and a safe space with someone, that can be incredibly precious and valuable for self-exploration and personal growth. I also believe, having experienced my own versions of this during my own therapy, that for those of us who were not fortunate enough to have our emotional needs met as children, that an effective therapeutic relationship can become a form of ‘corrective experience’, and thus go a long way to healing painful wounds from our childhood.