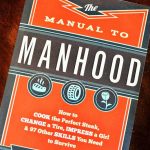 According to 2016 statistics, a staggering three quarters of UK recorded suicides are committed by males, with men aged 40 to 44 representing the highest age specific suicide rate (1).

These figures are both astounding and frightening, and clearly illustrate significant problems regarding men and our mental health. It’s impossible for anyone living within the UK or the western world for that matter, to not be affected and to some degree influenced and informed by the stereotypical ‘gender norms’ still pervasive within our respective cultures and societies. Despite significant shifts in outdated perceptions of what constitutes masculine and feminine within the modern world, there are clearly still a staggering number of men feeling unable to express their pain and vulnerabilities and access help and support before ending their own lives.

The unfortunate reality is, that the social and cultural messages beamed out via music, film, television and social media, to be subsequently ‘sucked up ‘and internalised by boys and men in our society, are still predominantly old fashioned regarding males and our expression of emotion. The obvious exceptions to this are of course anger and aggression, because these are still viewed as typically ‘male characteristics’, and therefore deemed more acceptable, and in many ways even expected of men. However inaccurate, there appears to be a clear and distinct association made between vulnerability and weakness that represents a significant and formidable barrier for many men to overcome regarding our experience and expression of anything they might perceive as ‘weak’ by ourselves or others. Such gender myths clearly still hold immense power, and represent a toxic and ultimately destructive legacy of a bygone era, that is causing many men to feel increasingly trapped and isolated during times of intense mental and emotional pain and distress.

There is a cruel irony that throughout my career so far, I have had the fortune and privilege to meet and work with so many incredible men who fill me with admiration and respect. This is due to their unwavering courage and determination in embracing their individual healing journeys from all manner of personal trauma and adversity. Whether its male survivors of sexual abuse and/or rape, men who have experienced childhood abuse and neglect or men suffering with the overwhelming, painful and debilitating effects of depression, anxiety or personal loss, they are all figures of inspiration to me. Because each and every one of them has sat in a room with other men, whether alone in a room with me or in groups that I have facilitated, and taken the huge risk of sharing aspects of their most vulnerable selves.

You see as far as I’m concerned that’s what being a ‘real man’ is. It’s about striving to be as real and true to ourselves as we’re able, especially when we’re feeling at our most terrified, vulnerable and alone. It’s about acknowledging that as human beings we each have our vulnerabilities and weaknesses, irrespective of sex, gender or sexuality, and that once we give ourselves permission to have them, that this validation then leads to their becoming strengths by definition.

It’s not merely the social and cultural straightjacket of gender that restricts men from acknowledging our vulnerabilities, and asking for help and support when we need it. It’s not just a fear of what people think, or what they might say, it’s actually far more deeply rooted than that. It’s the fact that men can also be victims of a predominately patriarchal society, and many are literally immobilized by these immense pressures, to the point of taking their own lives rather than speaking out and accessing help and support.

If you’re a man who is currently feeling overwhelmed, struggling to cope or feel like you’re going under in some way, then please access some confidential help that’s available. Whether that’s with a counsellor, a telephone helpline or services, by doing so you are moving towards recovery and reclaiming your life.

Don’t become another statistic, because you are worth so much more!!